Mr Peter Walsh is a Chartered Civil Engineer with more than 40 years’ experience. He has worked for a building contractor and a consultant engineer, but mainly for Local Authorities in road construction, prior to joining the NRA in 2000. 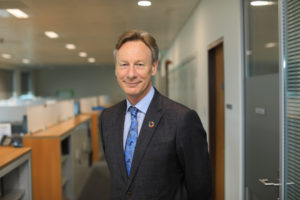 With the NRA, Peter Walsh worked on the delivery of the motorway network until 2015, when the NRA was merged with the RPA to form TII. In the newly formed TII, he took up the position of Director of Capital Programme Management. In that position he has had the privilege to be involved with TII’s Light Rail and Metro capital projects along with its national road projects. Peter Walsh then became TII’s CEO on 1st October 2020.